If you’ve been following the news, you know that Flint, Mich., is in the middle of a water crisis.

It’s a disturbing event that really drives home the importance of fresh, clean, drinkable water. It’s something we take for granted — until we don’t have it.

One troubling aspect of this disaster is that it may have been preventable.  News outlets are reporting that two years ago, in a cost-cutting move, the state decided to switch from the city’s original water supply —Lake Huron — to the Flint River while a new water line was run to the lake.

It turns out the water was rapidly eroding iron pipes. While the iron itself wasn’t toxic, the water was also dissolving something that was: lead pipes. According to the CNN story, it turns out that about half of the service lines to homes in Flint are made of lead.

The American Water Works Association released a statement that said, in part: “It may be some time before all the facts surrounding Flint are understood. However, there are a few lessons that seem apparent. First, water chemistry is complex. When a community changes water sources or water treatment, unintended consequences can occur. Water systems must be alert to these potential issues and have plans in place to address them.

“Second, affordability will become a significant issue as we renew our aging water infrastructure.  AWWA’s 2012 Buried No Longer report showed that repairing and expanding drinking water infrastructure in the United States will cost more than $1 trillion over 25 years, an expense that will be largely borne by water customers. This figure does not include the cost of removing lead service lines on private property.” (You can read the entire statement here.)

This story is tragic, and it’s far from over. As it continues to unfold, we want to assure our customers that LCA is monitoring the issue so we can learn ways to avoid any similar situations occurring here. Our water is treated to prevent the type of lead corrosion occurring in Flint, but our customers should also be aware that you play a role in ensuring the safety of your drinking water. By finding and replacing lead service lines and other lead plumbing fixtures in your home, you can avoid the risk of lead leaching into your drinking water. 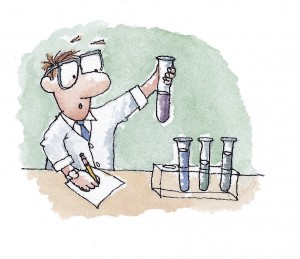 Our water is tested regularly to ensure it meets — and often exceeds — state and federal standards. You can always find out about your water by going to our About Your Drinking Water page. Click on your municipality to get details about how it’s treated, what’s in your water, the hardness of your water, and more. Our aim at LCA is to be completely transparent about our water treatment process. If you have any questions or concerns, you can always contact us.

We also want to emphasize a fact that the Flint disaster makes abundantly clear: Our nation’s water infrastructure is in drastic need of replacement.

We’ll be keeping tabs on the disaster in Flint, and as always, doing our best to ensure our customers have a clean, affordable supply of drinking water.

Again, if you have any questions or concerns, don’t hesitate to contact us.