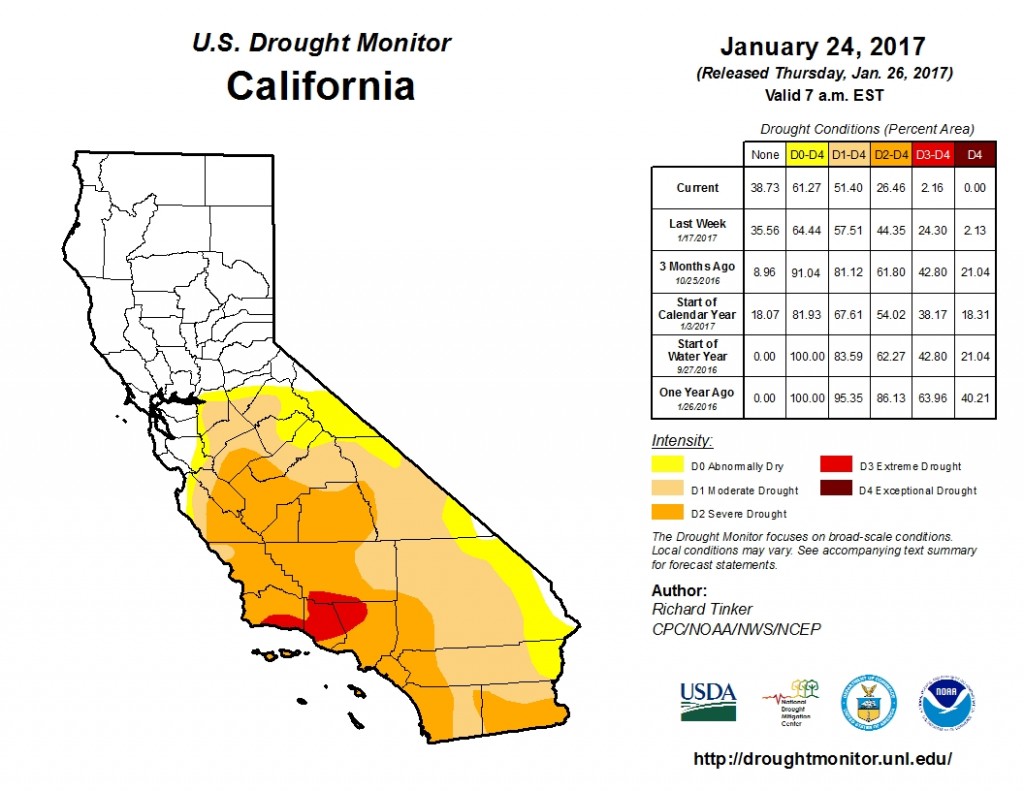 We’ve posted a few times about the severity of the drought in the Western states – in particular, California. Here’s good news, for a change – the water level in some of the state’s reservoirs is starting to return to normal. A recent article on KQED Science features interactive pictures of three reservoirs that have finally been filling up.

“Virtually all of California is enjoying its wettest winter in five years. In fact, current statistical reports on rainfall and the water content of the Sierra Nevada snowpack show that so far, we’re in the midst of one of the wettest California rainy seasons on record,” the article states.

The graphics are eye-opening, to say the least. Each contains a slider, which allows you to see the reservoirs at their lowest point, then the drastic change as they fill up.

This doesn’t mean the west coast is out of the woods yet. It does, however, give some hope. The latest map from the U.S. Drought Monitor shows no signs of “exceptional” drought in the northern half of the state, and improvements in the southern half.

It’s certainly a reminder that we should all conserve water, even at the best of times.