The U.S. Geological Survey monitors the flow of the Little Lehigh in two locations: one in the Little Lehigh Parkway at the “Robin Hood Bridge” just to the right as you drive down the hill into the park from 15th Street, and one at the 10th Street Bridge, just downstream from the City’s water intake.

Here are graphs that show the flow of water at the 10th Street bridge since January 2015 and since 2000. You can see from the recent graph that the Little Lehigh is about as low as it has been in the past two years. (The spike in Jan-March 2016 was the result of the record snowfall and subsequent rain.) The graph below shoes the ups and downs each year since 2000 and a general downward trend since 2012, though not yet approaching the levels of the drought in 2002. 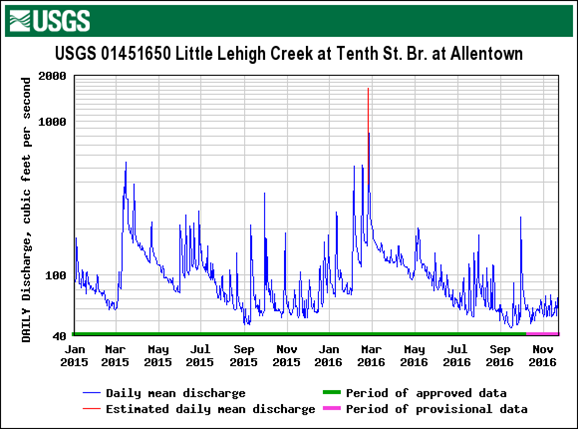 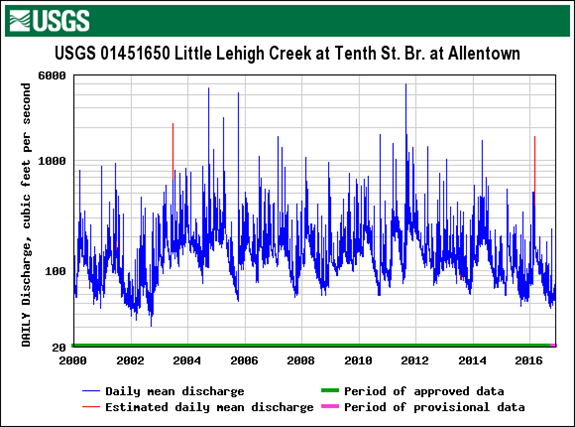