Where do we draw the water used across the Little Lehigh Basin?

The graph below shows how our water sources have changed over time. Back in 1977, water users in the Little Lehigh Basin were using 30 million gallons a day, most of which came from the City of Allentown’s sources: the Little Lehigh adjacent to the water plant on Martin Luther King Blvd., and its two springs: Schantz Spring and Crystal Spring.

In 2010, a new interconnection between the LCA system and the City of Allentown’s system was commissioned, which allowed LCA to purchase water from the City. Though water usage in the LCA service area continued to increase, we halved our use of groundwater by using the City’s sources. Total water usage across the Little Lehigh Basin is still about 20% below the levels of the late 1970s. 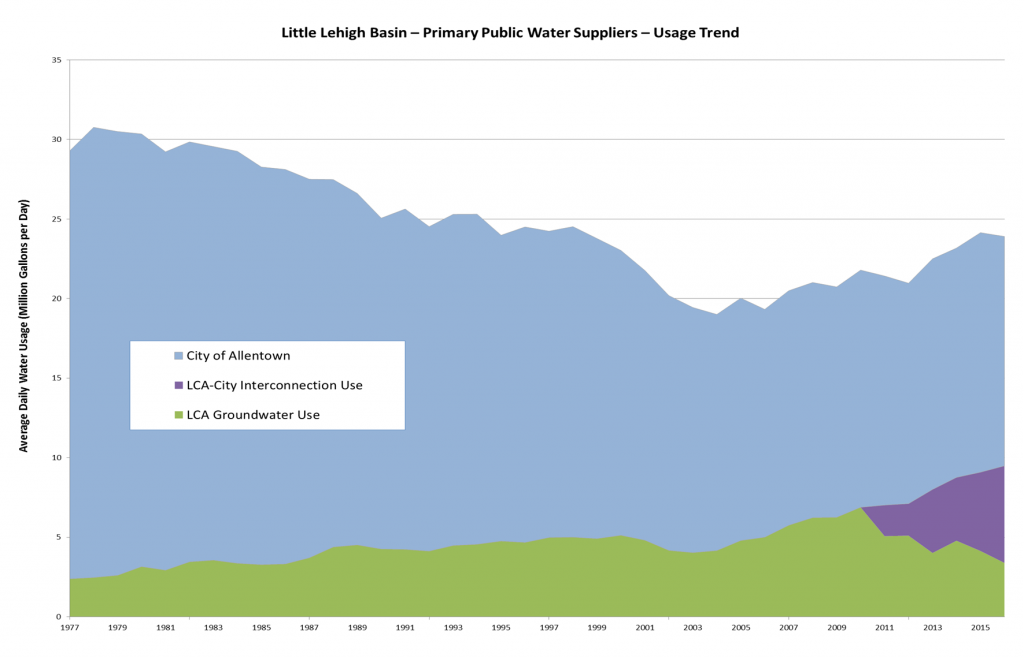